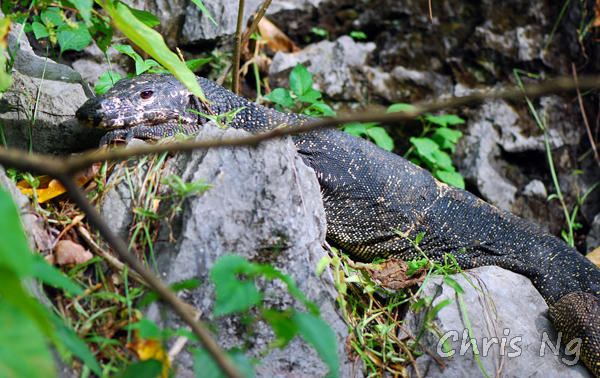 Formerly identified as Varanus salvator, scientists have recently discovered that this water monitor lizard is actually Varanus palawanensis, a separate species endemic to Palawan. The bayawak, as it is locally called, is the largest carnivorous monitor lizard in the country, reaching lengths of up to two meters. It is a highly opportunistic scavenger and predator that feeds on mammals, reptiles, birds, amphibians, fish, crabs, insects and slugs—devouring even dead portions and its own kind. It’s also a known predator of sea turtle eggs. It can climb trees and swim long distances – holding its breath for up to 30 minutes!

The bayawak is a resident of all four resort islands, Apulit, Lagen, Miniloc, and Pangulasian.