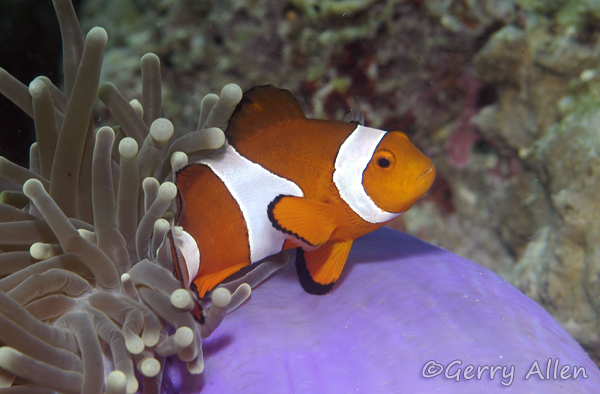 Another interesting thing about anemonefish is how they can change sex. It’s true! All anemonefish are born male. In a group living in one anemone, only the largest male changes sex to become the dominant female. The next largest male becomes her mate, and only they reproduce. The rest of the males hang around and become their lackeys (and potential replacements). If the female dies, her mate changes sex to become the new dominant female, and the next largest male moves up the hierarchy. If “Finding Nemo” happened in real life, first, Mommy Coral would have been larger than Daddy Marlin. Second, Marlin would have changed sex to become the new mommy. Marlin would have become Marlene!