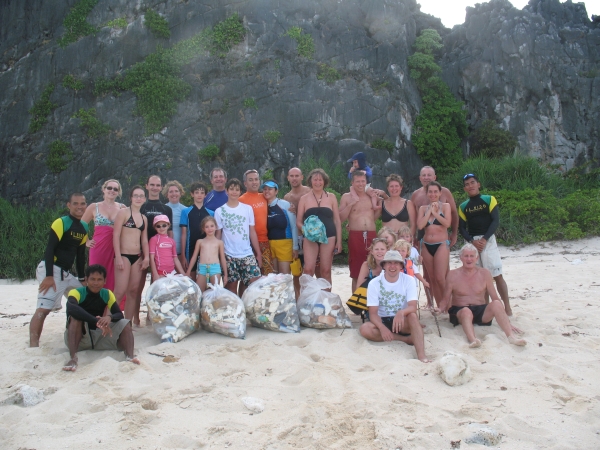 Summer is, without a doubt, the best time to head to the beach and if you’re heading to El Nido, you’ll be getting more than just the perfect tan as you lounge beneath the sun. If you’re really lucky, you just might see turtle hatchlings skittering out of their nests in the sand as they make their way to the sea. Yes, summer in El Nido is turtle hatching season and during this time, El Nido Resorts offers its Turtle Tracking Tour: a whole day snorkelling and beach-hopping adventure to track down sea turtles both on sea and on land.

The tour begins with an educational talk on sea turtles given by the resort’s Environmental Officer. It’s a great way to educate the entire family on the different types of sea turtles that may be seen in El Nido and how you can identify each one when you’re out snorkelling. After the 30-minute talk, it’s off to the boat to head out to the best snorkelling sites for sea turtle sightings. The resorts’ experienced local guides know the best spots for such sightings so it’s best to stick close to them during the snorkelling activity. It’s not just sea turtles you can look for but also other interesting marine life that El Nido has to offer – from tiny nudibranchs and color-changing cuttlefish to huge schools of fish. There’s something to suit everyone’s interests.

A stop at a nesting beach is up next where sea turtle nests are monitored and protected by resort staff. At any one time during the summer, as many as a dozen nests may be found on a single beach and these nests are closely monitored by the resort’s land guard. Monitor lizards are the main predators of turtle eggs in El Nido, so the land guard barricades the nests to prevent the eggs from getting eaten. If you’re really lucky, the tour might just fall on a turtle hatching day and you’ll get to participate in a turtle hatchling release. Watching baby turtles emerge from the sand to make a mad dash for the sea is an experience no one will ever forget.

A trip to Turtle Island, a restricted nesting beach where people aren’t normally allowed to visit unless they’ve acquired a permit from the Protected Area Office, is also part of the tour. Here you can scout for fresh turtle tracks made by nesting females and look for the nests themselves. Because the island is rarely visited by people, the tracks are often left undisturbed and even those that are already a few days old can still be clearly seen. But even if no turtle tracks are seen, you can still enjoy the sand, the sea, and the magnificent view from the island and take plenty of pictures to bring back home.

El Nido Resorts’ Turtle Tracking Tour is offered every Wednesday (from Lagen Island Resort) and Saturday (from Miniloc Island Resort) from March to May*. See you at the beach!

*The Turtle Tracking Tour is not included in the standard resort activities and additional charges will apply.