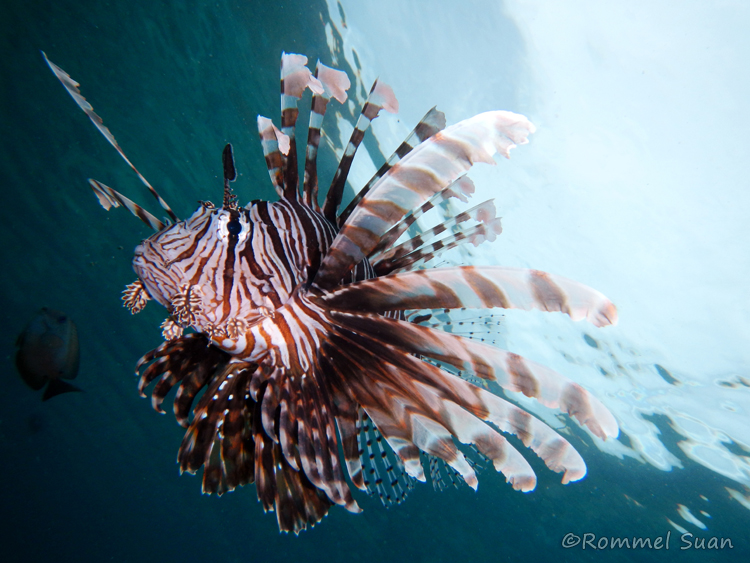 The general rule of the ocean is that if something is pretty and moves slowly, then it’s dangerous. This definitely applies to the red lionfish.

The red lionfish (Pterois volitans) is a coral reef fish of the Pacific Ocean. It’s easily identified by its body shape, wide and spreading pectoral fins, and red color (though it may be almost black in estuary areas). The red lionfish is found in lagoon and seaward reefs, where they hide and stay put during the day. At night, they use their pectoral fins to back small fishes, shrimps, and crabs into a corner before stunning then swallowing them. Note that the dorsal spines of the red lionfish are venomous. If you get stung, immediately immerse the affected area in as hot water as you can stand in order to destroy the protein-based venom.

Even though lionfish are not native to the Atlantic, scientists found the first lionfish in Key West, Florida in January 2009. They believe that aquarists released them in the 1990s. The red lionfish has no native predators in the Atlantic, so it is able to feed on all the juvenile fish it wants and outcompetes the native fish predators.Today, marine parks in the Florida Keys hold “lionfish derbies” and offer cash prizes to the divers who can collect the most number of lionfish.