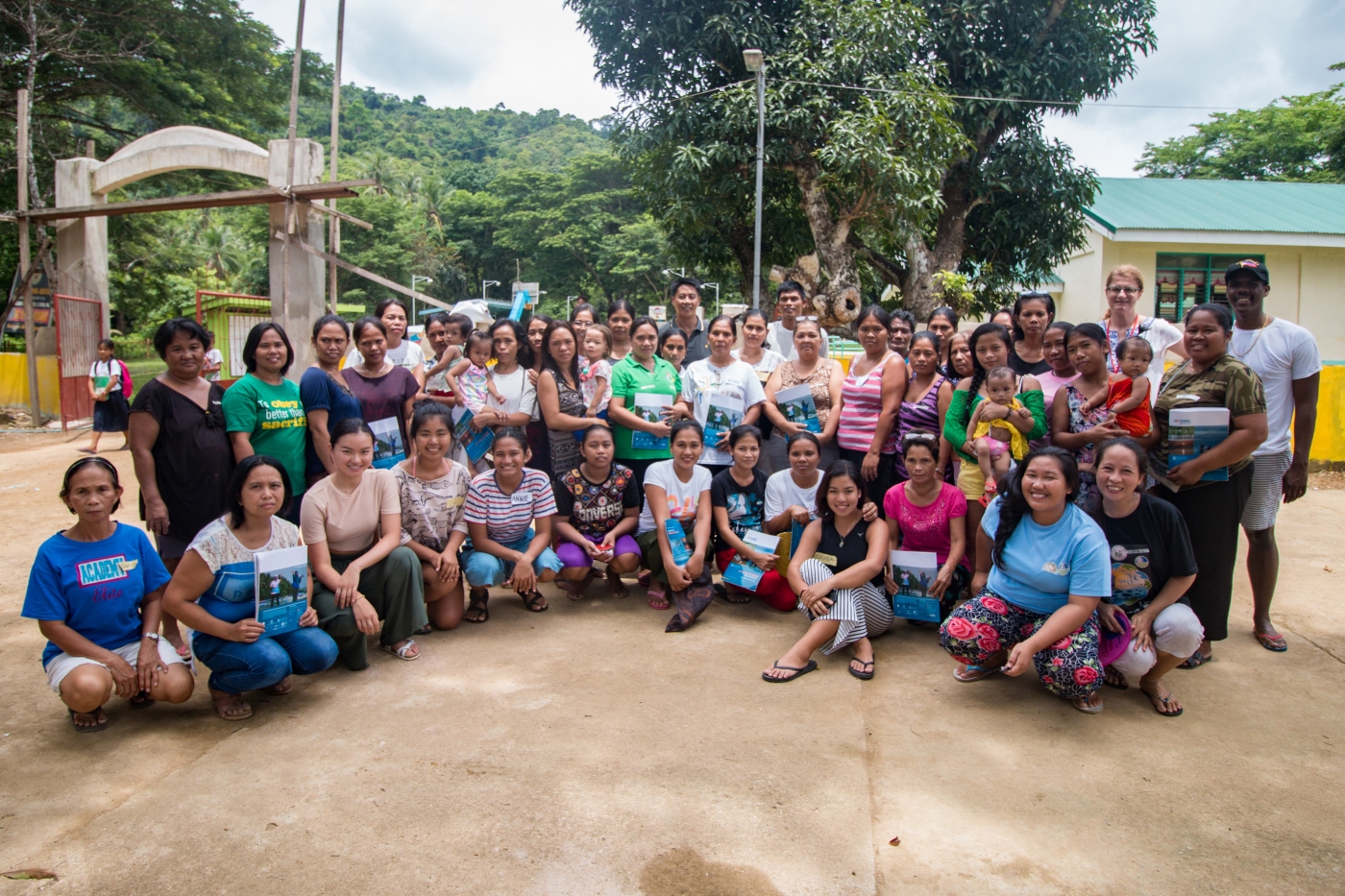 I could confidently deduce that the infamous sandflies, locally known as the “nik-nik”, have personal vendettas against me. A few minutes lying on the sand in an effort to soak up some vitamin D left me riddled with bites and, later on, uncontrollable itching, with everyone else barely affected. Something that does have everybody itching, though, is the nagging question of “what’s next?” What are we doing tomorrow? Where is this platform going? When will my “nik-nik” bites stop bothering me? We ask so many future oriented questions that we always find ourselves unbeknownst to where we are currently standing. This week’s events finally grounded us, while still giving us a peek of what’s to come.

The work week started on Tuesday since we were given Monday as our day-off, resulting from our extremely exhausting but remarkably fulfilling previous week. Blessed with clear skies and a sunny day, Tuesday allowed us to come back to the two ­barangays for the continuation of the CCRES project, My Future, My Oceans, which we left three days previous. This time around, I was assigned to assist in the facilitation of this project in Bebeladan, the experiential village. This entailed half of the cohort and I to be more hands on with the interaction with the community. Through this, we were finally able to take a dip into the perspective and experiences of the communities that we’ve gotten to know, where I previously felt that we have only been able to dip our toes to test the waters. A big thanks to Paula and Erik of CCRES for giving us this opportunity. 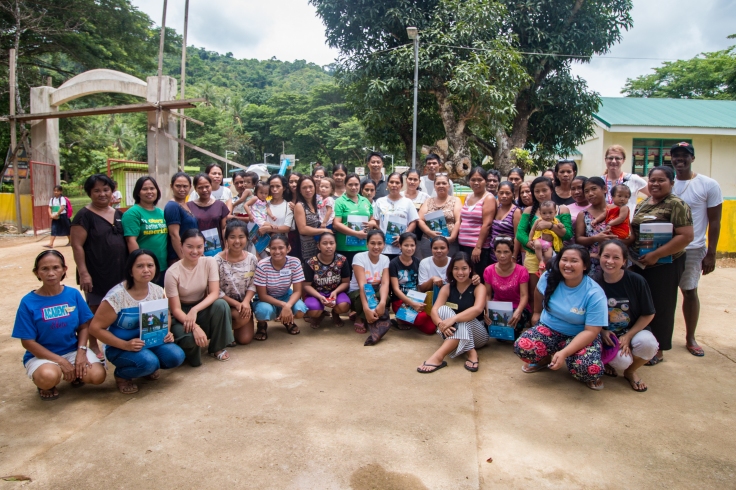 Wednesday was when the rains hit but we kept at it. Spending the morning back at the Central Office with the rest of the cohort, ideas and data we’ve managed to accumulate were finally put into words in front of us. Ty and I had to step out early, though, to take part in a meeting with the Protected Area Office, its constituents, and its partners regarding the protected area law enforcement in El Nido. The meeting felt like it was jumping off from sandy and shaky footing, but eventually found solid ground once the representatives from the Malampaya Foundation were given the chance to speak, to Ty’s disadvantage, in Tagalog. Acting as Ty’s knight in shining armor, I translated most of what was said in the meeting to English, allowing me to listen to the meeting more intently as well. The Malampaya Foundation representatives explained the very elaborate NIPAS Law so efficiently that anyone who has ever made pancakes out of a three-step mixture would end up understanding this law. Some back and forth erupted later on, which I would rather not dwell, but the 7-hour meeting was overall worthwhile. Coming back to the Central Office to a whiteboard full of plans was a delight to see. Written by the cohort we left behind in the morning, the whiteboard finally gave us some solid ground to stand on as well. All of us were finally on the same page, but the itching question still felt a few inches out of reach from our fingers to scratch. What are we going to do next?

Luckily, Thursday guided our hands to the right spot. Ms. Joy Tabuada of Palawan News took us under her wing for a few hours to teach us about her experiences on communication, along with the challenges we may face when we try to deliver messages. Later in the afternoon, we were split into groups then asked to build communications frameworks based on key issues we have identified in El Nido. Surprisingly, each group somehow concocted good quality frameworks out of the hour and a half we were given, with some tweaking needed of course. With all nine minds put together and 7 more weeks of experience ahead of us, hopes are up for the communications platform we are assigned to build. 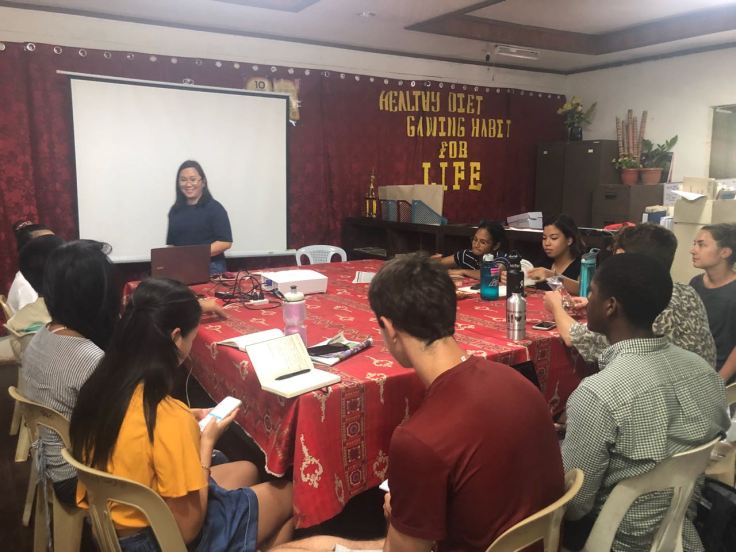 Finally, Friday arrived and stronger torrential rains with it, but we march on. We were welcomed back into the world of CCRES, though a different aspect of it was introduced to us. Mr. Damian Hine, with the help of Ms. Eva Ponce de Leon and Ms. Gianina Decano, conducted a workshop on CCRES’ Systems Analysis side of the project. He ran us through the mobile applications SESAMME and SYSTORY, both of which are much more user friendly than having to decipher a systems dynamics program in trying to understand the systems in place in El Nido. SESAMME was more for baselining what the actual systems ran in El Nido were by having it run through various focus group discussions within the area. Given the data gathered from these FGDs, SYSTORY was developed. SYSTORY allows the user to play with the different variables affecting the overall state of El Nido, projecting outcomes that may be surprising. The information is also backed up by years of research, making the results even more reliable. It’s important to note that these results aren’t predictions but more of projected trends. A deeper understanding of what could be in store for El Nido given the many moving pieces at play gave us fellows a better idea on what we have to communicate, and to whom we must communicate this message.

Although scratching nik-nik bites is not advisable, the week did eventually satisfy that bothersome itch the question of what’s coming next brought. Getting everyone on the same headspace and balancing on the same footing was a must for us to move forward, not giving in to the temptation of excitement for work drawn before us without actual preparation. I may be left scarred by the nik-nik bites, but I was also left with a head full of plans and a heart full of hope for the coming weeks of this internship.